In a match between two first-time slam finalists, it was Krejcikova who came out on top to win 6-1, 2-6, 6-4 on Court Philippe Chatrier on Saturday

The 25-year-old emulates compatriot Hana Mandlikova who claimed the trophy in Paris in 1981.

Krejcikova paid an emotional tribute to her mentor former Wimbledon champion Jana Novotna Novotna who died of cancer at the age of 49 in 2017.

Liverpool beat Crystal Palace 2-0 at Anfield from Sadio Mane’s brace to finish third behind City and Manchester United while Chelsea could afford a 2-1 defeat at Aston Villa.

Fakhar Zaman played an ODI knock for the ages as Pakistan ran the hosts close  losing by 17 runs  in the 2nd ODI vs South Africa in Johannesburg on Sunday. Zaman scored 193 runs off 155 balls before being run out in the last over

The South Africa wicketkeeper pointed his finger towards Lungi Ngidi, the bowler, but in fact Aiden Markram, the fielder, threw the ball towards the keeper’s end and it was a direct hit. Zaman had slowed down his pace at the end of his second run and could not make it back into his crease 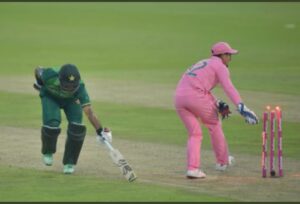 Sachin Tendulkar Tweeted Thank you for your wishes and prayers. As a matter of abundant precaution under medical advice, I have been hospitalised. I hope to be back home in a few days. Take care and stay safe everyone. 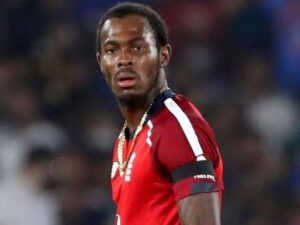 Jofra Archer will begin two weeks of rehabilitation after undergoing surgery on his finger and can only start his net sessions after that effectively ruling him out of Indian Premier League.
The 25-year-old, who plays for the Rajasthan Royals in the IPL, had surgery to remove a fragment of glass from the middle finger on his right hand on Monday.
England pace bowler Jofra Archer underwent successful surgery to his right hand on Monday. A fragment of glass was removed during the operation to his middle finger on his right hand,” the English and Wales Cricket Board (ECB) said in a statement
“He will now commence two weeks of rehabilitation. The Consultant will review him before returning to training,” it added.