Four astronauts splashed down safely in the Gulf of Mexico Sunday, completing NASA’s first commercial crew, long-duration mission aboard the International Space Station. The return comes nearly six months after the crew members arrived at the microgravity laboratory and also marks the longest-duration mission of a crewed American spacecraft to date.

SpaceX’s Crew Dragon, carrying NASA astronauts Michael Hopkins, Victor Glover, and Shannon Walker, and Japan Aerospace Exploration Agency astronaut Soichi Noguchi, returned to Earth in a parachute-assisted splashdown at 2:56 a.m. EDT off the coast of Panama City, Florida. Crews aboard SpaceX recovery vessels successfully recovered the spacecraft and astronauts. After returning to shore, the astronauts will fly back to Houston.

“Welcome home Victor, Michael, Shannon, and Soichi, and congratulations to the teams at NASA and SpaceX who worked so hard to ensure their safe and successful splashdown,” said Sen. Bill Nelson, who was confirmed by the Senate to serve as NASA Administrator on April 29. “We’ve accomplished another incredible spaceflight for America and our commercial and international partners. Safe, reliable transportation to the International Space Station is exactly the vision that NASA had when the agency embarked on the commercial crew program.” 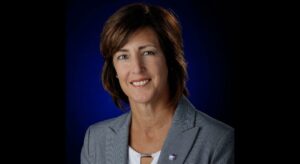 Robyn Gatens has been named director of the @Space_Station for NASA! Gatens brings 35+ years of experience in both the space station program & in development of the life support systems for human spaceflight missions.